Realising the true value of parking with dynamic pricing 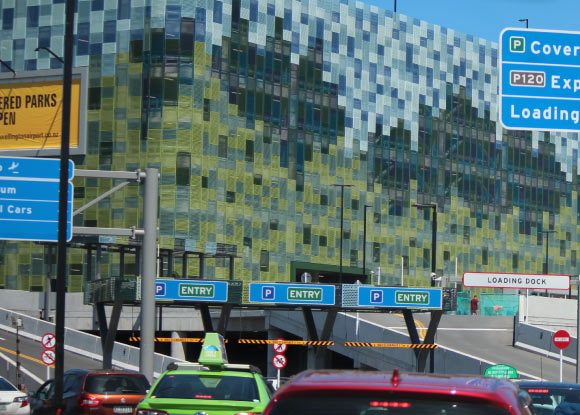 Frogparking has created what it says is the world’s first cloud-based parking management system.

The indoor/outdoor guidance technology has been selected by the airport for its new $70 million multi-level transport hub, due to be completed in November next year.

Airport bosses were so impressed they will start implementing the system throughout the airport’s existing parking area next month, installing 650 wireless occupancy sensors.

“They are easy and cost-effective to install and maintain and provide accurate, real-time data on each parking space.”

Signs are being installed, which will display real-time information on where parks are available. Drivers will be guided by LED lights to those spaces.

The company has clients all over the world, such as Disney, that use its suite of technologies.

It has created a niche in the airport market with Christchurch and Auckland international airports both using its systems.

Shareena Sandbrook would not give the value of the Wellington Airport contract which was awarded by tender.

Frogparking was started by chief executive Don Sandbrook in 2010 after he sold out of his aircraft tracking business Spidertracks, and seeding and harvesting technology company Seed Spider.

Frogparking’s turnover had tripled since 2014, and was forecast to rise by 170 per cent in the 2017 financial year.

Shareena Sandbrook said this would be the result of adding new clients in the United States, Australia, New Zealand, and more work from existing clients.

The company was the only one offering a fully integrated wireless indoor/outdoor guidance product with solar or battery powered occupancy sensors, she said.

There was so much demand for the technology, the company could not keep up and would recruit more staff.

It had started a capital raising venture and asked for feedback from companies interested in partnering.

“I believe we have the potential to become a $100m company within the next five years,” she said.

Wellington International Airport manager of transport and commercial development Pippi Kettle said the airport had considered a range of options – weighing up the benefits of camera-based versus wireless cloud-based technologies.

“Our main goal is customer experience. We’re investing a lot of money in car parking and we want it to be user-friendly.”

The cloud-based system would provide real-time parking guidance and comprehensive data to the airport.

The data would open opportunities such as dynamic pricing based on data, future add-ons such as an integrated app for motoristsas well as a wealth of enforcement tools, Kettle said. – Stuff